CRISPR (clustered regularly interspaced short palindromic repeats) are the type of sequences of DNA which are generally found in prokaryotic living organisms. The CRISPR technology acts as an effective method to genetically modify the sequence of DNA which could result in the significant changes in the normal functioning of a gene. 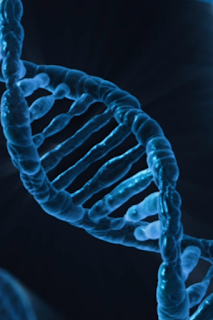 The Cas9 is a type of enzyme whose major function is to cleave the viral DNA molecules which could harm the bacterial cells. Therefore, they act as an immunological agent in order to protect bacteria from the invasion of the viruses. Naturally, the bacteria catch the snippets of viral DNA which could be used to create CRISPR array that is responsible for making the bacteria remember the virus. However, in the laboratory, in the CRISPR-Cas9 system, small strands of RNA are created manually with a short sequence which is complementary to the specific target sequence present in a DNA present in a genome. The RNA first binds to the Cas9 enzyme. However, later it recognizes the target DNA sequence which is then cleaved by the Cas9 enzyme.

Since CRISPR-Cas9 could create mutations in the genome of the targeted DNA, it could affect the final protein product of the gene and removing symptoms of a particular disease [3]. It could be used to reverse the genetic disorders by cuttingdisease-causingg genes.  The CRISPR could be delivered to the cells wither by using viral vectors or lipid nanoparticle. It should be noted that the CRISPR-Cas9 technology could also be used as a tool in drug discovery by searching genes and proteins that are relevant to the disease.

After cleaving the DNA in the normal CRISPR process at specific sites, the researchers could use the DNA repair mechanism of the cell to insert or remove certain pieces of DNA or could replace the existing DNA segment with a custom genome sequence. In short, CRISPR-Cas9 could prove to be an effective gene editing tool [1].

The anti CRISPR-Cas proteins could also counteract with the repression and expression of the gene which has been mediated with the help of CRISPR technology and therefore could act as a widely applicable tool for the regulation of genes present in the eukaryotic cells [4]. This may be helpful to the researchers since molecular medicine consists of a complex biological process which needs to be switched on and off in order to study the exact mechanism of a disease system. Therefore, the anti CRISPR-Cas proteins could play a significant role in modifying and improving the current gene editing procedure which directly affects the technologies applied in the current and future fields of diagnostics and treatments for a number of fatal diseases.

Popular posts from this blog

February 04, 2019
The term GMO is quite common and is gaining significance in a variety of food products. GMO which stands for Genetically Modified Organisms has been a subject of debate ever since it’s discovery among various scientific communities as to whether they are actually advantageous or not. The most common applications GM products are in the food and pharmaceutical industries. However, GMOs can also be used in the environment for its protection and monitoring. Before getting into the impacts of GMOs in various fields it is quite essential to be clear with the concept of GMOs.
What are GMOs? GMOs are basically organisms that are genetically engineered to include a particular trait of another organism or remove certain traits. So basically it is the manipulation of living organisms at the molecular level which is done by using recombinant DNA technology. A gene from one organism is transferred to another one through the use of suitable vectors. The GMO products that find their uses every day …
Post a Comment
Read more

Biotechnology: A Boon or a Bane

August 11, 2018
The techniques used to utilize living organisms for the benefit of humans forms the basis of biotechnology. One of the most important question that comes to one's mind while they come to know about biotechnology is that whether it is actually beneficial for us or is it just something which has short term benefits with long term ill effects?

The techniques of biotechnology are as old as 6000 years when the ancient people used fermentation to produce food products. The modern biotechnology is quite a new field with having it's roots around 1971 and therefore it is quite essential to know the pros and cons of it.

Biotechnology: A boon The usefulness of microbes has proved to be a boon in pharmaceutical, agricultural and food processing industries.

Biotechnology has not only helped to modify the agricultural crops for increasing their nutritional aspects but has also increased their yields. Thus, biotechnology has proved to be a boon for the farmers. Genetically modified insectic…
1 comment
Read more

November 14, 2018
Environmental biotechnology is the application of various techniques of biology in order to conserve environment. An environment has always played an essential role in shaping up of an individual whether it is physical or mental health. Thus, it's protection and maintainance is a mandatory duty of every individual. The application of biotechnology in environment has led to the development of environmental biosensors as well as biological waste treatment techniques. It has always tried to provide essential methodologies to improve the quality of an environment.


The application of biotechnology are most prominently in environmental monitoring and waste treatment which are increasing tremendously. Living organisms are manipulated to offer a large range of methodologies that can help in the protection of environment.