All You Need to Know About Genetic Diversity

What is Genetic Diversity?

Genetic diversity is the difference in the genetic makeup of each individual species, breed or population of a single variety of species. The genetic variation is caused due to the environmental conditions as well as mating patterns. The variation un the genes are responsible for the existence of variance in genetic species and a number of genetic disorders. 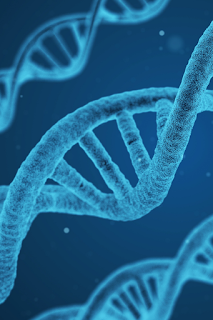 Mating is the pairing of two organisms to reproduce new organisms. Mating is generally in between same population, species as well as interspecies in case of certain plants and animals. A migration of small bands of population may result in random mating amongst two different populations, thus inducing genetic diversity. Each organism differ in their genetic makeup as a result of which genetic diversity is seen in all organisms even in similar populations. Consequently, it becomes quite significant to study
the effects of genetic diversity on humans as well as an environment as a whole. According to a research within population differences among individuals, for 93-95% of population accounts for genetic variations [1].

Genetic diversity is the product of a process called recombination which is the exchange of the DNA strands to produce a new nucleotide sequence in the process of reproduction. Genetic distinction may result in new species being produced as a result of mutation in genes called
mutants which are organisms that mostly differ in their phenotypic expression.

The diversity in genetic makeup of humans have been evolving since stone age times. It is the only factor due to which humans as well as other existing living organisms have been surviving in every corner of the world as the climatic conditions of an environment are different everywhere. The diverse features caused due to genetic diversity gives high chances of survival for a particular organism during sudden climatic changes as well as disasters. The disease resistant property are developed with developing diseases over a period of time a result of genetic diversity. Similarly, certain traits such as intelligence, height, skin colour, blood groups, eye colour, personality, etc. differ as a result of genetic diversity in humans.

Biodiversity which is a significant aspect of an environment is possible only due to genetic variations. The evolution of variety of plants and animals over centuries have increased the variety of new species, each playing a vital role in an ecosystem.

According to a research done on arthropods in farmland fields having genetically diverse and natural species of bread wheat, arthropods showed positive impact of genetically diverse crops. Thus, genetic diversity plays a positive role in benefiting farmland biodiversity [2]. Apart from that, the arthropods plays a vital role in food web and acts as ecosystem engineer as it transforms litter fragments, communicate as well as humidify ingested plant debris for further decomposition and foster the growth of microorganisms [3].

Genetic disorders can be caused due to heredity or genetic diversity in a particular organism and include diseases such as haemophilia, cystic fibrosis, Huntington's disease and many more. The symptoms for a genetic disorder might be visible by birth. For e.g. consider Down’s syndrome which is a type of disorder caused due to genetic mutations. It affects 1 in 800 to 1 in 1000 live infants born [4]. It's symptoms include delayed development of body, short stature as well as intellectual disability. Gene therapy is the solution to genetic disorders, however it is not preferable to carry it out in infants except in cases of severe illnesses. Apart from genetic disorders, genetic diversity could also cause certain undesirable traits such as low intelligence, metal illness as well as immature physical characteristics.

Genetically modified organisms may crossbreed with other species to produce mutant strains. The effect of these mutant strains are still unknown as genetic engineering is comparatively a new field. The by products of mutant species as well as their effect upon interaction with other components of the environment can be toxic as they are not naturally included in the environment.

Genetic diversity has more pros than the cons of it. It is an essential phenomenon in the existence as well as survival of humans. The causes of disadvantages of genetic diversity is quite difficult to cease and hence there are certain solutions control it but not eliminate it as it is a natural process. Contrarily it’s benefits could be increasing on its own due to the process
of evolution which is induced due to changing environmental conditions. Thus, following the survival of the fittest. Genetic diversity could also be improved by man-made activities through using techniques such as genetic engineering.

Popular posts from this blog

February 04, 2019
The term GMO is quite common and is gaining significance in a variety of food products. GMO which stands for Genetically Modified Organisms has been a subject of debate ever since it’s discovery among various scientific communities as to whether they are actually advantageous or not. The most common applications GM products are in the food and pharmaceutical industries. However, GMOs can also be used in the environment for its protection and monitoring. Before getting into the impacts of GMOs in various fields it is quite essential to be clear with the concept of GMOs.
What are GMOs? GMOs are basically organisms that are genetically engineered to include a particular trait of another organism or remove certain traits. So basically it is the manipulation of living organisms at the molecular level which is done by using recombinant DNA technology. A gene from one organism is transferred to another one through the use of suitable vectors. The GMO products that find their uses every day …
Post a Comment
Read more

Biotechnology: A Boon or a Bane

August 11, 2018
The techniques used to utilize living organisms for the benefit of humans forms the basis of biotechnology. One of the most important question that comes to one's mind while they come to know about biotechnology is that whether it is actually beneficial for us or is it just something which has short term benefits with long term ill effects?

The techniques of biotechnology are as old as 6000 years when the ancient people used fermentation to produce food products. The modern biotechnology is quite a new field with having it's roots around 1971 and therefore it is quite essential to know the pros and cons of it.

Biotechnology: A boon The usefulness of microbes has proved to be a boon in pharmaceutical, agricultural and food processing industries.

Biotechnology has not only helped to modify the agricultural crops for increasing their nutritional aspects but has also increased their yields. Thus, biotechnology has proved to be a boon for the farmers. Genetically modified insectic…
Post a Comment
Read more

November 14, 2018
Environmental biotechnology is the application of various techniques of biology in order to conserve environment. An environment has always played an essential role in shaping up of an individual whether it is physical or mental health. Thus, it's protection and maintainance is a mandatory duty of every individual. The application of biotechnology in environment has led to the development of environmental biosensors as well as biological waste treatment techniques. It has always tried to provide essential methodologies to improve the quality of an environment.


The application of biotechnology are most prominently in environmental monitoring and waste treatment which are increasing tremendously. Living organisms are manipulated to offer a large range of methodologies that can help in the protection of environment.